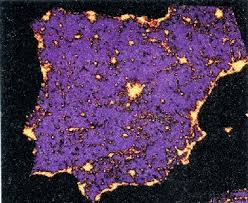 Brexit
Reacting to Brexit news, there's something I need to let out of my system, folks. And this will be with all due respect to anyone who might disagree with me.
The truth is I find it extremely difficult to articulate exactly what I want to say about all this in words that will not come across harsh, arrogant, or disrespectful in any way... Thus if I do deserve criticism for what I am about to say, then so be it: criticize me, get angry at me, make me see how I am wrong... But I frankly doubt it will make any difference in my own perceptions of what is happening.
For many different reasons, I find myself in complete disagreement with, and profoundly saddened by, #Brexit.
And I simply cannot understand why.
The UK's decision to part ways with the European Union, insisting that no manner of reform is possible, is a decision I can no longer understand or agree with on any level, no matter what arguments in favor of it may be brought forward. I accept it, nevertheless, simply because England leaves me no choice.


That said, I will maintain my personal respect for any who might be reading my words and who might  wished to express their desire to separate themselves from the rest of us, and I shall not make it a personal point of contention between us. I do wish you, personally, only the very best. And, it goes without saying, what I have just said is not for those of you who have voted to remain in the EU. I remember the looks on your faces. I know there is disagreement within England. I know you have nothing against us.
I frankly worry, though, that England as a nation has made a very grave mistake.
England risks losing its current economic power, as major global economic interests may be more interested in aligning themselves with the larger bloc that is the European Union. In other words, England's losses may well become France's and Germany's gains.
The future of those parts of the UK that were not in favor of abandoning the EU is uncertain: Scotland, Northern Ireland, even the city of London itself, as there is speculation about whether or not those territories will turn against the UK itself.
Gibraltar is another rather particular case: the people of Gibraltar are categorically not interested in finding that they now have a border with Spain. This is because there are about 9000 people who live in Spain and work in Gibraltar, crossing a virtual border every single day. Thus the hypothesis of a land border between Spain and Gibraltar is a twofold threat: either economic decline for Gibraltar, or worse yet for England, a transfer of sovereignty of that territory away from England and back to Spain, which will further embolden Spain as one of your competitors. (Or maybe even both.)
British expats now find themselves under the threat of no longer being allowed to live in other parts of Europe unless they either apply for residence or hold a valid work permit: a positively ridiculous notion in the 21st century. In Spain, they number about 300,000, whereas the number of Spaniards living in the UK is about 130,000. How is it that British expats are no more of a burden on the Spanish social security system than Spaniards are who claim British benefits?
Even more ironically, the places they leave vacant shall be taken by people who are aliens to England. How so? Spain, for example, has abundant demand for English teachers, and it will now find itself forced to recruit them from other places, for example: Ireland, Malta, Cyprus, Greece, Germany, Austria, the Netherlands, Denmark, Sweden - and, why not, Portugal. Is it truly in your interest to deny your own people the right to work in our lands, and to consequently allow your very competitors to continue where your own countrymen left off instead?
Oh, and by the way, a growing number of us shall be teaching them American English rather than British.

Hopefully, we will also be able to make it clear that the UK and Ireland are not the only countries in this world that are capable of producing good teachers, and hopefully we will be able to demiystify this preposterous, outrageous and insulting notion that "only natives" can teach a language. And why? Because we want to be part of an integrated world, and English happens to be the world's current "lingua franca". We know, as members of that integrated world, that it is necessary to speak English, despite the irony that England itself has turned its back on all of us. So we would appreciate it if the rest of the world would not automatically dismiss us for incompetent opportunists or anything of the kind. We do speak English. And we can be better teachers to each other - or, rather, we HAVE to be better teachers to each other, now that we can no longer count on you. We can help each other rather than relying on your help. Your indignation towards Europe, therefore, only makes us stronger and only drives us further apart from you. (With "you" I mean those of you who voted to leave.)
Likewise, our own expats in the UK now find themselves under exactly the same threat (including some who are quite close to me), even if England does not understand that the work they have been doing will simply disappear if they leave, rather than being taken over by anyone from Britain, thus hurting England's economy even more. (Do you, for instance, speak Polish? How, then, can you take a job from a Pole?) And so, I wonder to myself:
What exactly have they done to deserve this?
This is what I personally and deeply resent...
There is an acronym, used in economics, to refer to peripheral European countries: PIGS.
I resent that we are at times portrayed and perceived (by some) as good-for-nothing parasites who would simply be quite happy to enjoy all of the EU's money without ever giving anything back or even showing any appreciation.
Understand, once and for all, that just as there are those of you who vote differently, there are those of us who vote to try and stop our own politicians from doing things they aren't supposed to do. And if we do have a bad reputation in your midst, why then does each individual not get the same chance to prove his or her own value to you, just as you would wish to be able to prove yourselves as individuals to us? Why is it so that some of you want to be seen as individuals who are powerless against the system in their own country and yet you deny us that same privilege? 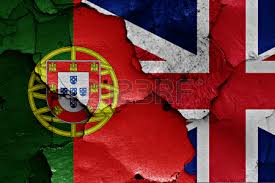 For centuries, Portugal and England have maintained the world's oldest military alliance that still remains in force. And for those of you who don't know your history, even that alliance did not stop England from threatening war against us because of our own "Pink Map" aspirations. Why could we not reach some kind of an agreement, instead of adopting a hostile posture towards each other? Did you know, for instance, that the original version of our national anthem ended in an explicit and frightening incitement to "march against the Britons" (although this was later changed to "march against the cannons")? Is antagonizing us exactly what you have been trying to accomplish?
Even if you affirm that you wanted to save yourselves from concepts such as the TTIP (which, I agree, need to be carried out with clairvoyance and tact), even then I find myself incapable of agreeing with you. Rather, I see you trying to save only yourselves and leaving us to bear the storm alone. I would stay and fight, by your side, like any worthy ally would.
But you choose to retreat.
We are left to try and fend for ourselves against Germany and France. And perhaps we should also be talking about the USA, Russia and China.
You have not taken any power away from any of them. You have only made them stronger.
And we are the ones who must bear the consequences.
You have thus weakened not only yourselves but also those who might help you make negitiations with Europe more reasonable.
Thus, once again, #Brexit feels like nothing more, nothing less than a slap in the face to the rest of us Europeans, especially to those of us who are England's oldest allies, and even more so for those of us who have always regarded England as a friend. It is a hateful message. It is a world-shattering message. And in a way it is, indeed, a lesson for all of us.
What, then, should our reaction be?
Why should we not be offended?
Why should we not be heartbroken?
Why would we be happy to see you turn your backs on us?
We could not have persevered as an independent country without your help, England.
And I wonder to myself... is that exactly the reason why we are simply placed among those who are perceived as inferior?
Is it time, then, for us to seek to affirm ourselves as a country who has no further need of England?
Is that what you want?
Remember that this is not the 19th century anymore. We want to be part of an integrated world. We want to overcome the past. We are wary of excessive influence over Europe from other parts of the world, and we know that we must stand together if we are to have any chance of resisting it. And perhaps these words won't quite make sense now, but we are growing very tired of being looked down upon.
And even though a certain individual from the Netherlands, one Mr. Jeroen Dijsselbloem, recently suggested we ARE happy to spend European money on nothing but women and spirits...
And even after his remarks have been rightfully met with a tidal wave of well-deserved indignation, criticism, laughter and insults from our part...
We still see that he does not represent the whole of the European Union.
We still don't want to leave.
We still want to give the rest of them a chance.
And we still want to present you, as individuals, with an open door that you are welcome to come through, should any of you ever find yourselves in need of friends.
I can't for the life of me understand what you have done.
It is indeed extremely difficult for me to express how much I appreciate the mere fact that you exist in my life, all of you, "leave" or "remain", and how profoundly I do respect you as individuals and hope everything will work out for you.
But sadly, the only thing you have accomplished thus far as a country, England, is to prove that you cannot be relied upon.
Sorry, but we can no longer trust you.
Perhaps your children will want to rejoin the EU in the future, and then I will not look down on them as mere spawn of those who sadden me now, and I will then alert my feelow countrymen to the need to give future Britons a chance to prove themselves, regardless what actions are taken by England now.
You could not have hurt your own image any more than this.
And you could not have saddened us more.
Godspeed, England. May you find the prosperity you so ardently seek. And don't worry about us... we'll manage.
Such is life.
Signed,
A Portuguese
en abril 06, 2017 No hay comentarios: